We stood there in a circle, randomly throwing a rubber ball around.  Each time someone caught it, he had to say a word.  Not just any word.  Rather, one that would advance the story the group had been telling –- one word at a time — ever since starting our game of catch.

The Legal Team I was managing at the time had lawyers scattered on three continents, and we needed to ‘up our game.’  To that end, we all converged on Boston, and — rather than spending our time in that darling of Corporate America, a ‘leadership training course’ (it must be something about the Venn diagrams…) –- we went to a basement comedy club.

Once there, two professional comedians led our group in a series of ever more challenging exercises, identical to those used to train professional improv groups.

I wish I could say we emerged ready to join the cast of ‘Saturday Night Live.’  We didn’t.  However, the skills we started to hone in that class had a direct and immediate impact on making us better business partners to our clients.

Despite its name, ‘improv’ is not something that just happens.  Rather, it respects a set of rules and requires specific skills.  Armed with those rules and skills, you act — and react — in the moment.

All of improv is based on the ‘yes, and…’ principle.  ‘Yes, and…’ requires you to agree with what the other person has just said, then add something of your own.  The ‘yes’ part establishes openness and acceptance.  The ‘and…’ part takes that openness and acceptance one step further, by building on what the other person has said.

For example:  Two people are doing an improv exercise.  The first one says, ‘Jim, I’m leaving you for our couples therapist.’  If the second person responds, ‘Oh, no you don’t!,’ the improvised scene will grind to a halt.  But if, instead, the second person answers, ‘I’m going to see if we can get 50% knocked off his last bill,’ the scene is off and running.

In the latter instance, the second person’s response has implicitly said ‘yes’ (by acknowledging that what the first person has said is actually so), then goes on to implicitly say ‘and…’ (by building a new idea on top of the first).  This process then goes on to become a continuous loop, the partners taking turns affirming what’s just been said and adding something new and useful to build on.

Improv is about being spontaneous and imaginative.  It is about taking the unexpected and then doing something unexpected with it.  It’s about moving forward and exploring uncharted territory — not looking backward or placing blame.

So, let’s apply this to the workplace:  Think of how often you’re around people whose first answer is, ‘No, that won’t work,’ or ‘We don’t have that in our budget’ or ‘That will never sell’…. [Cue here for Debbie Downer ‘waa-waaah’ trombone.]

Taking a ‘yes, and…’ approach at work would completely change this dynamic, requiring people to actively listen to one another, accept different points of view and then build on them, instead of tearing them down.  Work would become a place of ‘co-creation.’  The impact on situations requiring innovation, problem solving, negotiation or conflict resolution could border on amazing.

Both business schools and businesses have started to catch on to the power of improv: The B-schools at Columbia, MIT, Harvard, University of Virginia, UNC, Duke and Carnegie Mellon all have offered improvisation courses as part of their curricula. Improvisation workshops have been offered at Pepsi, McDonald’s, Starbucks, GE, Procter & Gamble and a host of other Fortune 1000 companies.

According to these schools and businesses, the leadership benefits of learning improv skills are many. To call out a few:

Of course, the ‘yes, and…’ methodology isn’t right for every business situation.  Improvisation provides a set of tools for developing leadership skills.  How and when you use those tools depends on your judgment of the specific situation.

So, sign up for an improv course in your area. Begin practicing the ‘yes, and…’ approach in meetings and other ‘real life’ situations. Exercise suspending judgment.

Remember:  Being funny is not the goal of improvisation, although it’s sometimes a by-product.  And if, after mastering the techniques of improv, you find yourself on ‘Saturday Night Live,’ welcome to your new career….

Jane E. Owens, The Mentorist’s chief blogger, has spent her career immersed in the business and culture of corporations and law firms. A former general counsel and corporate lawyer, Jane is fascinated by those who thrive (as well as those who don't) in the professional world – and, through her mentoring practice, hopes to increase the ranks of the former. To learn more about Jane or suggest topics you'd like The Mentorist to discuss, go to: www.mentorist.co

The Mentorist aims to be a “take-charge-of-your-career” guide for lawyers and business professionals. The blog provides frank and practical advice on a topic that matters to career success – in other words, the conversations you wish your boss were having with you. 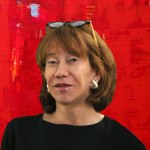 Jane E. Owens, The Mentorist’s chief blogger, has spent her career immersed in the business and culture of corporations and law firms. A former general counsel and corporate lawyer, Jane is fascinated by what it takes to thrive in the professional world. Her view on “the right stuff”? If you weren’t born with it, you can learn it. To read more about Jane, Click Here